You are here: Home / Archives for fighter jets 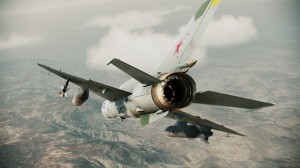 A group monitoring the war in Syria reported that Iraqi pilots who have recently joined the Islamic State are now training Sunni militants to pilot the three fighter jets they have captured. It is the first time since the war began that the extremist group has taken to the air. These fighter jets have been flying over the al-Jarrah military airport located east of Aleppo, Rami Abdulrahman … END_OF_DOCUMENT_TOKEN_TO_BE_REPLACED