You are here: Home / Archives for European Central Bank 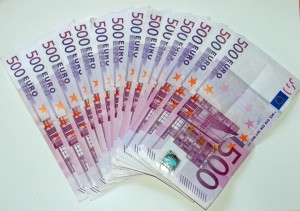 Amid indications from the European Central Bank (ECB) over easing of monetary policy in its June review, the euro has remained sluggish in the past few weeks. The18 nation currency has hit a one month low and has remained weak against most of its 16 major counterparts According to the stock analysts, the euro has fell the most in the past seven weeks against the dollar after the ECB’s … END_OF_DOCUMENT_TOKEN_TO_BE_REPLACED