You are here: Home / Archives for Chubut 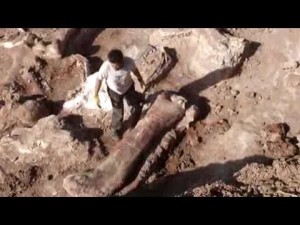 Scientists have found the fossils of the largest species of dinosaur ever found. According to them, the new dinosaur species are estimated to have been 40 meters in length and 100 tons in weight. The species is yet to be named. Seven huge herbivorous dinosaurs were unearthed at one site in the province of Chubut in Argentina. According to the scientists, the new dinosaur species which lived … END_OF_DOCUMENT_TOKEN_TO_BE_REPLACED