You are here: Home / Archives for children and enterovirus 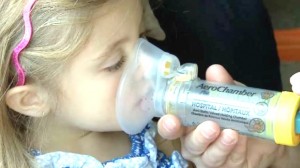 On Saturday, state officials announced the death of a 21-month-old girl. She passed away in Detroit, only one day earlier, after having fallen victim to the Enterovirus D68 which caused serious respiratory illness across the country. The toddler, Madeline Reid, has been struggling for her life since the middle of September. She was transferred to the Children's Hospital of Michigan from Detroit … END_OF_DOCUMENT_TOKEN_TO_BE_REPLACED