You are here: Home / Archives for Health 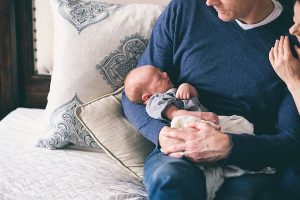 A team of researchers found that newborns who look like their dads are more likely to get more attention and grow up healthier. The study revealed that babies who resemble their fathers when they are born are more likely to attract their fathers’ attention which makes them healthier by the time they reach age 1. Solomon Polachek insisted that the presence of a father is critical for a baby’s … END_OF_DOCUMENT_TOKEN_TO_BE_REPLACED 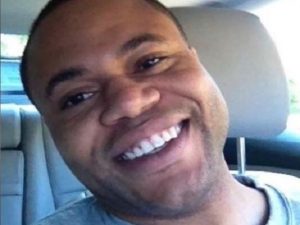 A highly esteemed CDC epidemiologist went missing February 12 after leaving work early and has so far not been found. The Internet exploded at the news especially because Dr. Timothy Cunningham is believed to have known too much about the flu shot which could have turned him into a vaccine whistleblower. People online believe that the Atlanta CDC scientist who had access to the agency’s … END_OF_DOCUMENT_TOKEN_TO_BE_REPLACED 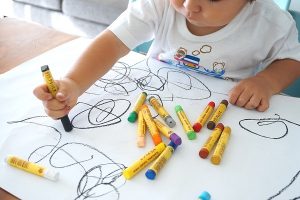 According to a report, increasing numbers of children are lacking muscle development in their hands to hold pencils due to their addiction to technology. Several pediatric doctors told The Guardian that the condition is more and more commonplace in the Western world where parents equip children with tablets and smartphones from the early ages. Experts explained that the kids' overuse of … END_OF_DOCUMENT_TOKEN_TO_BE_REPLACED 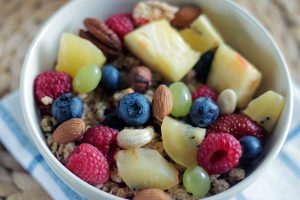 New research suggests that consuming lots of fruits and veggies can cut the depression risk by 11%. A group of U.S. researchers found that the DASH diet can reduce the risk of developing the mental health issue by a significant amount. The research also found that people who eat lots of processed foods and consume sugary drinks are more likely to be diagnosed with depression than their more … END_OF_DOCUMENT_TOKEN_TO_BE_REPLACED 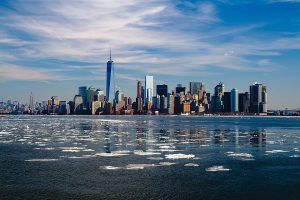 A new study suggests that, last year, New York City residents consumed the largest amount of marijuana than any other city on the planet, which makes the Big Apple the largest weed-smoking city in the world. According to a report from Sedo, New Yorkers smoked more than 77 tons of pot last year, which is twice as much as what Los Angeles, the nation’s second pot-smoking city, consumed (36.6 … END_OF_DOCUMENT_TOKEN_TO_BE_REPLACED 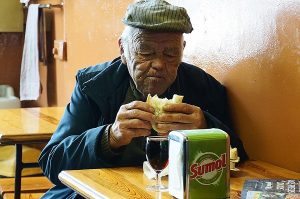 A comprehensive study on more than 1 million dementia patients from France found that alcohol abuse can boost the risk of early-onset dementia. The study included people who had developed certain conditions and behaviors because of harmful use of alcohol. The findings appeared in the journal The Lancet. Of the tens of thousands of patients diagnosed with early-onset dementia, 57% were heavy … END_OF_DOCUMENT_TOKEN_TO_BE_REPLACED

According to a new study, trauma patients’ expectations of what healthcare should look like are dramatically pumped up by what they see in their favorite medical drama series, Grey’s Anatomy. However, the TV Show is not entirely accurate when it comes to facts. For instance, on screen, more patients that hit the ER land in the operating room as soon as they get there. Plus, more patients die in … END_OF_DOCUMENT_TOKEN_TO_BE_REPLACED 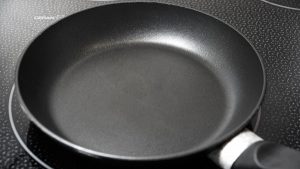 New research suggests that some chemicals in non-stick pans and other kitchen-grade utensils can up the risk of weight gain and obesity. The risky chemicals, known as perfluoroalkyl substances (PFASs), can also boost bad cholesterol levels, spur hormonal imbalances, up the risk of cancer, and lead to immune system disorders. The findings were published this week in the journal PLOS … END_OF_DOCUMENT_TOKEN_TO_BE_REPLACED 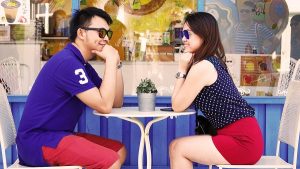 Many women who got a date on Tinder said that many of their male peers use the opportunity to vent about their frustrations and troubled personal histories. One woman recalls that one of her Tinder dates told her on their first date that he was anxious about a meeting next week with his father who abandoned him when he was a little boy. The woman said that the confession didn’t come as a … END_OF_DOCUMENT_TOKEN_TO_BE_REPLACED 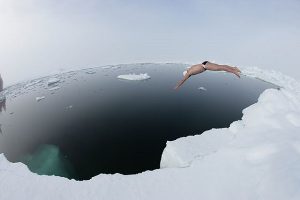 According to a team of medical researchers from England, a 28-year-old man affected by chronic post-operatory pain cured his condition after jumping into freezing water for a 60-second swim. A couple of months before the swim, the man had had endoscopic thoracic sympathectomy surgery to treat a rare condition called Raynaud’s disease. After the procedure, the sympathetic nerve was partially … END_OF_DOCUMENT_TOKEN_TO_BE_REPLACED