You are here: Home / Archives for William Pooley 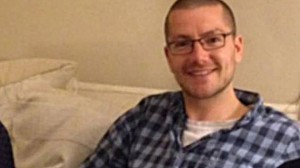 William Pooley, the Ebola patient in Britain who took ZMapp, the experimental drug given to two American aid workers, was released Wednesday from a London hospital. The 29-year old had worked as a nurse treating Ebola patients in Sierra Leone and on Wednesday thanked the Royal Free Hospital staff for its successful treatment of his case. He said he was "wonderfully lucky" to … END_OF_DOCUMENT_TOKEN_TO_BE_REPLACED