You are here: Home / Archives for West Africa disease 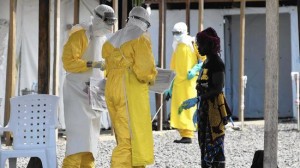 This Ebola outbreak is the most severe in the history of the disease. According to WHO, over 10.000 people in West Africa are believed to have fallen ill with the disease and the list of deceased surpasses 5.000. As if this weren't enough, these reports have surfaced amid concerns about potential spread of Ebola in Mali. A two-year-old girl died of Ebola on Friday. She was taken by her grandmother … END_OF_DOCUMENT_TOKEN_TO_BE_REPLACED