You are here: Home / Archives for water toxin 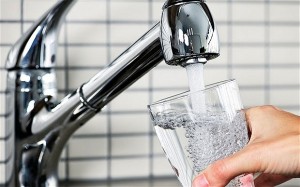 For the second consecutive day, more than 500,000 Ohio residents were left without drinking water after a dangerous toxin was discovered at a northwestern Ohio treatment plant. According to Toledo Mayor D. Michael Collins, water samples have been sent for testing and preliminary results have shown that the toxin levels are improving at the city’s plant. He added that before officials could … END_OF_DOCUMENT_TOKEN_TO_BE_REPLACED