You are here: Home / Archives for volunteers Higgs Hunter project 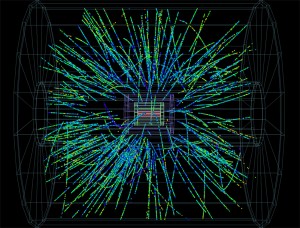 Researchers from CERN’s Large Hadron Collider are recruiting online volunteers wanting to witness the Higgs particle hunt that is currently underway. Members of the public have the possibility of viewing approximately 25,000 images that the Hadron Collider captured in search for tiny explosions that could represent the evidence of Higgs boson deaths. According to scientists, when a Higgs boson … END_OF_DOCUMENT_TOKEN_TO_BE_REPLACED