You are here: Home / Archives for utah doctor kills wife 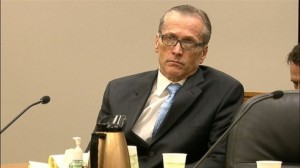 The Utah doctor accused of murdering his wife was sentenced to 17 years to life in prison after a trial that became the true-crime cable TV-obsession. Judge Samuel D. McVey, of the Fourth District Court in Provo, Utah, sentenced Dr. Martin MacNeill on the 15th of September 2014 to 15 years in prison, after the good doctor had already received several other sentences (one to fifteen years for an … END_OF_DOCUMENT_TOKEN_TO_BE_REPLACED