You are here: Home / Archives for US Job Market 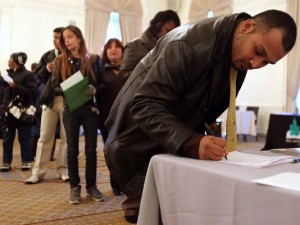 In a positive development, the US job market was seen strengthening as the number of Americans filing new claims for unemployment benefits fell last week to its lowest level in seven years. According to the Labor Department report, released on Thursday, the initial unemployment benefits applications in the United States dropped from 24,000 to 297,000 for the week that ended May 10. This … END_OF_DOCUMENT_TOKEN_TO_BE_REPLACED