You are here: Home / Archives for us government 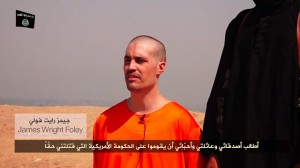 The families of the two American journalists that were beheaded by Islamic State extremists in Iraq were warned by the United States government that they would be facing prosecution if they agreed to raise ransoms for the release of the reporters. Since the beheadings of the two reporters, James Foley and Steven Sotloff, Washington has declared an outright war against the terrorists. However, … END_OF_DOCUMENT_TOKEN_TO_BE_REPLACED