You are here: Home / Archives for us airstrikes in syria 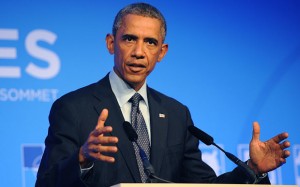 Although there had been demands that the U.S. not begin airstrikes in Syria and despite the Syrian government’s request that any airstrike be approved by the government beforehand, it seems that President Obama is preparing to expand the United States campaign against the IS extremist group beyond Iraq’s borders. The President will address the nation and lay out his political and military … END_OF_DOCUMENT_TOKEN_TO_BE_REPLACED