You are here: Home / Archives for the International Space Station (ISS) 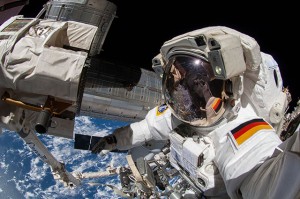 On December 25, Alexander Gerst, a German astronaut that had spent 6 months on board of the International Space Station (ISS), released on Twitter the first timelapse video of Earth made from photos taken by a single ISS astronaut, Mr. Gerst himself. During those six months in space, he took about 12,500 photos of Earth for the 6-minute long video. Mr. Gerst said that he took those photos while … END_OF_DOCUMENT_TOKEN_TO_BE_REPLACED