You are here: Home / Archives for teenager shooting 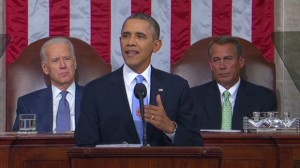 President Barack Obama is convinced that the mistrust of law enforcement is present in too many communities. After the fatal police shooting of Michael Brown, an unarmed African-American 18-year old, citizens have begun trusting police officers less and less and this is having a corrosive effect on the nation. According to the president, such misgivings only harm communities that dearly need the … END_OF_DOCUMENT_TOKEN_TO_BE_REPLACED