You are here: Home / Archives for syrian fighter jet 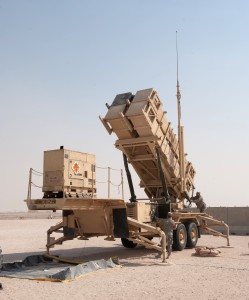 A Syrian aircraft was shot down on Tuesday according to the Israeli military, after the aircraft had allegedly “infiltrated into Israeli airspace.” A patriot air-defense missile was used by the IAF to intercept the aircraft in midair. The Sukhoi-24 Syrian fighter jet was detected at 8:57 AM by Israel’s Air Force, just as it was crossing into the country’s air space over the Golan Heights. … END_OF_DOCUMENT_TOKEN_TO_BE_REPLACED