You are here: Home / Archives for syria airstrikes 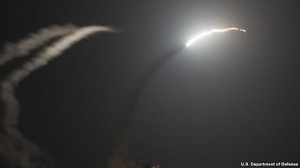 According to U.S. Military leaders’ statements after the aerial bombardment of Syria, a prolonged campaign has just begun and airstrikes will continue intermittently for months to come. They believe that bombardments will become more difficult with time, as Islamic State militants will seek refuge in highly populated areas. Two distinct enemies are being sought out with these attacks. The Islamic … END_OF_DOCUMENT_TOKEN_TO_BE_REPLACED 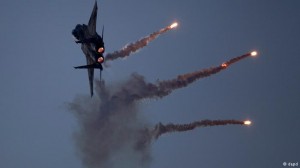 A torrent of cruise missiles as well as precision guided bombs rained over Syria early Tuesday, as the United States and its allies began airstrikes against ISIS targets on Syrian territory. The attacks were targeting the town of Raqqa, located along the Iraqi border, believed to be the capital of the extremist group. American fighter jets as well as Predator and Reaper drones flew alongside … END_OF_DOCUMENT_TOKEN_TO_BE_REPLACED