You are here: Home / Archives for Sunni-led militants 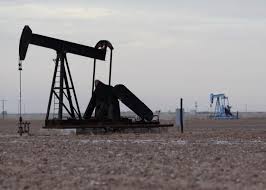 In the north and east of Iraq, Sunni-led militants are tightening their grip on towns and arising concerns that their advance south could put the output of the region's second-biggest oil producer at risk. According to reports the biggest weekly gain this year of Brent crude was when it hit dollars 114.69 on Friday i.e. its highest level since last September. Dollars 30 to the price could be … END_OF_DOCUMENT_TOKEN_TO_BE_REPLACED