You are here: Home / Archives for Steven Sotloff

President Barack Obama called the Islamic State's execution of journalist Steven Sotloff, “a horrific act of violence.” Moreover the spokesman for the family of murdered American journalist directly and personally challenged the leader of the ISIS jihadist group to debate the peaceful teachings of the Koran. The spokesman, Barack Barfi, released a statement Wednesday explaining the fact that … END_OF_DOCUMENT_TOKEN_TO_BE_REPLACED 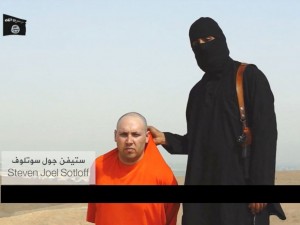 According to a video called "A Second Message to America," made public Tuesday, a second American journalist has been beheaded by the Islamic State of Iraq and Syria (ISIS). The video shows the death of Steven Joel Sotloff, 31, by supposedly the same masked jihadist who killed journalist James Foley, 40, exactly two weeks ago. The video shows Steven Sotloff kneeling and being held at knifepoint … END_OF_DOCUMENT_TOKEN_TO_BE_REPLACED 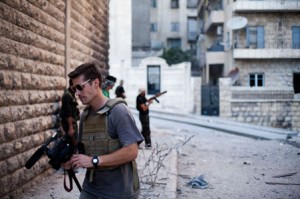 The captors of American journalist James Foley apparently demanded an initial ransom of $132.5 million. According to Philip Balboni, the president and chief executive of GlobalPost, the sum was asked from both Foley's family and GlobalPost. Foley was abducted in northern Syria while covering that country's civil war and had not been heard from since. But on Tuesday, Islamic State, the … END_OF_DOCUMENT_TOKEN_TO_BE_REPLACED