You are here: Home / Archives for sponsoring 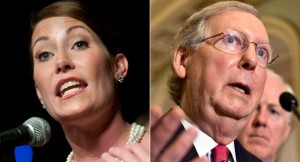 Campaign sponsoring is one thing, however, in Kentucky’s U.S. Senate race, which was crowded with attack ads from both sides, millions were spent by one specific group wanting to praise Senate Minority Leader, Mitch McConnel. This group wanted to pitch McConnel as the state’s coal industry’s friend all the while flaying his Democratic opponent for supporting “anti-coal” environmentalists. What … END_OF_DOCUMENT_TOKEN_TO_BE_REPLACED