You are here: Home / Archives for spiders 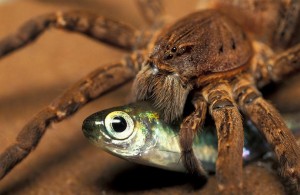 Spiders are traditionally viewed as predators of insects. Zoologists from Switzerland and Australia have now published a study that shows spiders all over the world also prey on fish. The academic journal PLOS ONE has just published the results. Although viewed by ecologists as the classical predators of insects, researchers have become increasingly aware that spiders are not exclusively … END_OF_DOCUMENT_TOKEN_TO_BE_REPLACED 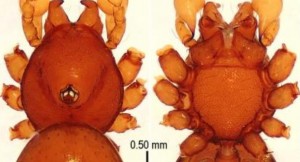 Scientists have discovered five new species of armored spiders in the caves of Southeast China, a news release from Pensoft Publishers said. All the newly discovered species are from the South China Karst, which is spread across the provinces of Guangxi, Guizhou, and Yunnan. According to the United Nations Educational, Scientific and Cultural Organization says the South China Karst is … END_OF_DOCUMENT_TOKEN_TO_BE_REPLACED