You are here: Home / Archives for SpaceX’s launch 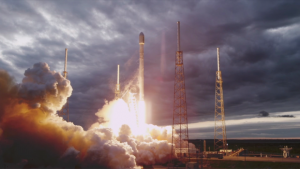 Despite a computer glitch that threatened to delay the mission, the upstart rocket manufacturer SpaceX plans to launch a cargo mission to the International Space Station. The Hawthorne company has decided to go ahead with its scheduled 1:58 pm PT blast off from Cape Canaveral on Monday. On Sunday, officials at NASA said that the International Space Station possesses enough redundancy to … END_OF_DOCUMENT_TOKEN_TO_BE_REPLACED