You are here: Home / Archives for space crew 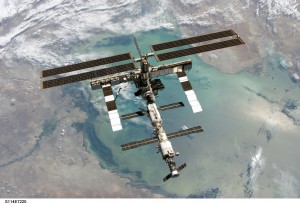 A mixed American-Russian space crew reached the International Space Station. NASA’s astronaut Barry "Butch" Wilmore and Russian cosmonauts Alexander Samokutyaev and Elena Serova will spend their next six months on the largest research facility orbiting the planet. The trio will return to Earth in March 2015. While for Serova this will be a first, her two other colleagues are at their second space … END_OF_DOCUMENT_TOKEN_TO_BE_REPLACED