You are here: Home / Archives for southwest fine 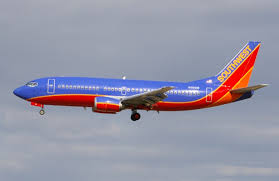 Improper repairs on its aircraft will now cause Southwest Airlines to have to pay $12 million in government fines imposed by the Federal Aviation Administration. On Monday, an FAA spokesman made the information made public that the FAA has proposed the $12 million sum. This is the second largest fine ever proposed, after the $24,2 million that American Airlines had to pay also because of … END_OF_DOCUMENT_TOKEN_TO_BE_REPLACED