You are here: Home / Archives for Solanum Cordicitum 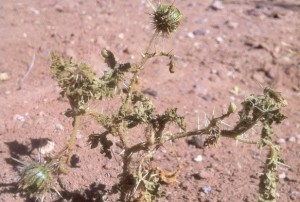 A new plant has been discovered in Texas's small town, Valentine. It may not be exactly your garden-variety ornamental, but the plant has an incredible story to tell. According to the Forth Worth Star-Telegram, the specimen is a distant relative of the eggplant which has already been discovered once in 1974 and another time in 1990, but was misidentified. Four decades later, the 14-inch plant was … END_OF_DOCUMENT_TOKEN_TO_BE_REPLACED