You are here: Home / Archives for secret service prostitute 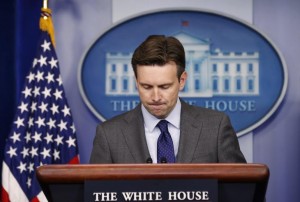 The White House stood by a 2012 investigation conducted by a former counsel, who found that there was no inappropriate conduct among the Secret Service’s staff during its Colombia trip, where agents were involved in a prostitution scandal. “The review that was conducted several years ago…looked at these allegations and found that there was nothing to them,” said Eric Schultz, White House … END_OF_DOCUMENT_TOKEN_TO_BE_REPLACED