You are here: Home / Archives for Saturn moon 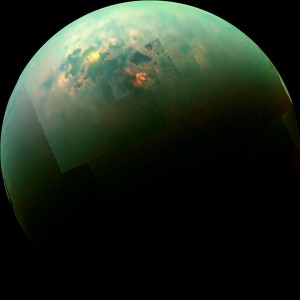 Photographs of Saturn’s moon, Titan, captured by the Cassini probe have just been released by NASA. The photographs show a mosaic image of light and shadows reflecting off of Titan’s polar seas. These images are what astronomers call “specular reflections” and were so intense that the detector of Cassini’s Visual and Infrared Mapping instrument was saturated. NASA’s probe collected these … END_OF_DOCUMENT_TOKEN_TO_BE_REPLACED 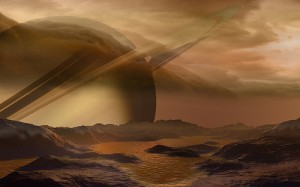 Pictured above: Artistic impression of how a lake on Titan would look like. According to the data gathered by NASA’s Cassini probe, the ocean on Saturn’s moon Titan (the largest of the planet’s moons) has a very high concentration of salts. The probe only gathered gravitation data and didn’t perform a full chemical analysis, obviously, but the initial data suggest that the ocean has a … END_OF_DOCUMENT_TOKEN_TO_BE_REPLACED

July 1, 2004, 12:12 a.m. ET—10 years ago marked the inception of most successful missions ever ,the NASA's Cassini mission to Saturn in all of space exploration history. It became the first spacecraft to enter Saturn orbit. The spacecraft Cassini has transmitted imagery and sensory data back to Earth giving astronomers amazing new insights of our neighbour. Linda Spilker, Cassini project … END_OF_DOCUMENT_TOKEN_TO_BE_REPLACED 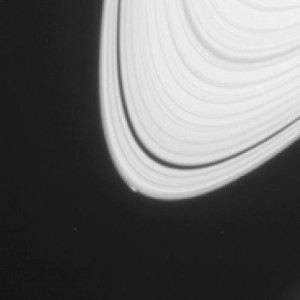 Some recent images taken by NASA's Cassini spacecraft in April 2013 have suggested the birth of a new Saturn moon. The images show a bright arc about 750 miles (1,200 kilometers) long and 6 miles (10 km) wide at the edge of Saturn's outermost ring (known as the A ring). According to the scientists, this arc and some strange bumps nearby were probably created by the gravity of a small, icy … END_OF_DOCUMENT_TOKEN_TO_BE_REPLACED 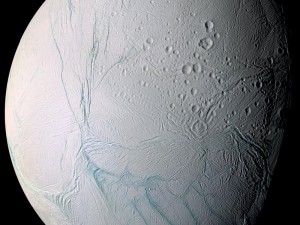 A new data from NASA's Cassini spacecraft has found traces of underground ocean on Saturn moon, suggesting signs of life. According to the scientists, an ocean that must be at least as large as Lake Superior is flowing under a thick layer of ice on a moon of Saturn. The findings support earlier signs that the moon has liquid water. Scientists say, this connotes that, Enceladus, the … END_OF_DOCUMENT_TOKEN_TO_BE_REPLACED