You are here: Home / Archives for san antonio screwdriver killer 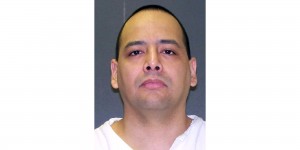 Arnold Prieto is set to be executed today in the state of Texas. He was convicted of killing a San Antonio couple and their 90-year-old friend in 1993. Prieto will be the first Texas prisoner to be executed in 2015. He is now 41 years old and in September 1993, Prieto killed the Rodriguez couple: Rodolfo (72) and his wife, Virginia (62) as well as their former nanny who was living with them at … END_OF_DOCUMENT_TOKEN_TO_BE_REPLACED