You are here: Home / Archives for Richard Plotts 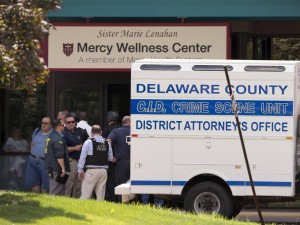 According to officials, a psychiatric patient opened fire Thursday in a wellness center on the campus of a Delaware County, just outside of Philadelphia, Pennsylvania, hospital. A female caseworker was killed and a doctor was shot. Richard Plotts, 49, the aggressive patient, was then shot by the doctor, who returned fire from his own gun. The gunfire erupted on the third floor of the Sister … END_OF_DOCUMENT_TOKEN_TO_BE_REPLACED