You are here: Home / Archives for retired officer 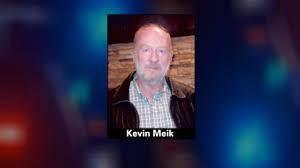 SANDY — A former Salt Lake City police officer was found gunned down at his home Wednesday. 63-year-old Kevin Meik's, was a day later confirmed being murdered. The police initially thought it was a possible medical crisis call. Sandy police Sgt. Jon Arnold said, the police found no indication that there had been a break-in at the residence. "The house wasn't ransacked there was nothing … END_OF_DOCUMENT_TOKEN_TO_BE_REPLACED