You are here: Home / Archives for reforms 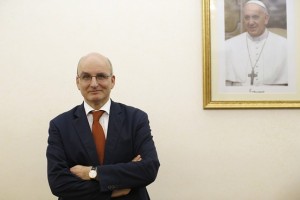 Pope Francis is known for his push for reforms and greater transparency within the Vatican, and his reforms targeted Vatican’s Bank as well. Earlier, in 2013, the Bank has reported a major drop in its net profits, from €86.6 million (in 2012) to €2.87 million. That was just the second time that the Vatican Bank has published its records within its 127-year history span, and the move was part of … END_OF_DOCUMENT_TOKEN_TO_BE_REPLACED