You are here: Home / Archives for pro-democracy demonstrations 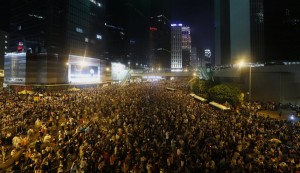 Hong Kong returned to China in 1997 after Britain and China signed an agreement in 1984. One of the key principles stated in the agreement was that China will award Hong Kong with "a high degree of autonomy, except in foreign and defence affairs." Lately, the Chinese government seems to have adopted a different position. In 2008, China said it will allow direct elections in Hong Kong, but in … END_OF_DOCUMENT_TOKEN_TO_BE_REPLACED