You are here: Home / Archives for Play Store 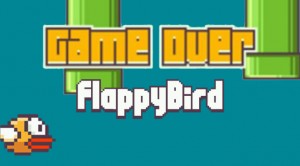 Flappy Bird, the game that has been topping the charts on both iOS and Android has now ceased to exist. Its developer Dong Nguyen took the extreme step following incessant accusations of many elements of the game having being copied from others. While this can be a topic of debate, the fact remains that the game topped the charts in spite of its pixelated display and was supposedly getting revenue … END_OF_DOCUMENT_TOKEN_TO_BE_REPLACED