You are here: Home / Archives for plastic bag manufacturers 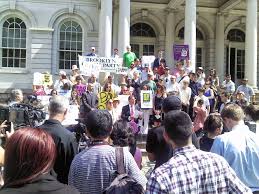 On Friday, the California state legislature enacted the ban on plastic bags. The only missing step now is that the measure be signed into law, making the legislature become the first such law in the United States. The battle has been ongoing and while several cities have succeeded in banning the use of plastic grocery bags (several Californian cities, Maui County in Hawaii and many others), on a … END_OF_DOCUMENT_TOKEN_TO_BE_REPLACED