You are here: Home / Archives for Pink Floyd 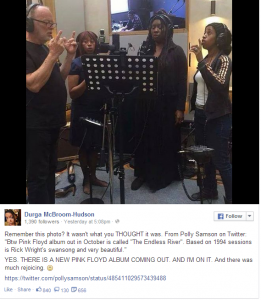 A long time has passed since Pink Floyd last released an album. It has actually been believed that the band separated for good after the “The Division Bell”, in 1994, ended. New information has surfaced, and it seems that Pink Floyd is preparing for a new album, for the first time in 20 years. This year is the anniversary of two decades since the release of “The Division Bell” and it seems that … END_OF_DOCUMENT_TOKEN_TO_BE_REPLACED