You are here: Home / Archives for philae rover on comet 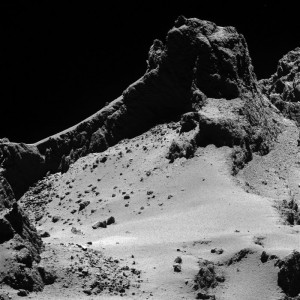 Europe’s Rosetta spacecraft and the Philae lander were built and launched by the European Space Agency. Both of them have the task of studying the comet 67P/Churyumov-Gerasimenko (67P) and on November 12, 2014 the Philae managed to achieve a first in the history of mankind: it landed on a comet. Europe’s Rosetta Spacecraft sent back information about the surface of the comet and it’s not what … END_OF_DOCUMENT_TOKEN_TO_BE_REPLACED