You are here: Home / Archives for party schools 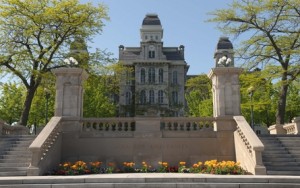 Did you ever wonder which the most fun school in the U.S. was? If you have then we’ll give you the answer to that question right now: it’s Syracuse University! The Princeton Review declared today that Syracuse University is number 1 on the party schools list, after the release of a nationwide survey in which 130,000 students voted. Syracuse University appears to be well ranked in other areas, as … END_OF_DOCUMENT_TOKEN_TO_BE_REPLACED