You are here: Home / Archives for overbilling 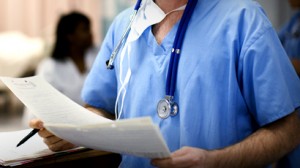 Dignity Health, the three-state San Francisco-based hospital chain has decided on a settlement in the lawsuit claiming that the company overbilled Medicare and Tricare. According to recent information, Dignity health has been overbilling Medicare as well as the military health care program for several years now. The settlement sum, which the company will pay the government, is set at $37 … END_OF_DOCUMENT_TOKEN_TO_BE_REPLACED