You are here: Home / Archives for Oregon Zoo 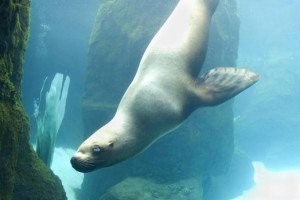 Julius, the oldest male stellar sea lion in the United States, has finally said goodbye to the Oregon Zoo as it has succumbed to its diseases. The 26-year-old sea lion was suffering from macular degeneration in both eyes and arthritis. Notably, the life span of sea lion is between 20 and 30 years and they rarely live beyond their teens. Julius originally belonged to Connecticut's Mystic … END_OF_DOCUMENT_TOKEN_TO_BE_REPLACED