You are here: Home / Archives for optical maser 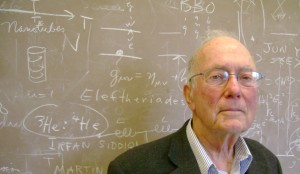 Charles Townes, inventor of the ground-breaking maser and laser and 1964 Nobel laureate in Physics, died Tuesday in Berkley at age 99. Prof. Townes and Mother Teresa were the only individuals to be awarded both the Nobel Prize and Templeton Prize. U.C. Berkley reported that the professor was in declining health, and he died on his way to a hospital in Berkley, California. In Berkley, Mr. Townes … END_OF_DOCUMENT_TOKEN_TO_BE_REPLACED