You are here: Home / Archives for Oklahoma ban on same-sex marriage 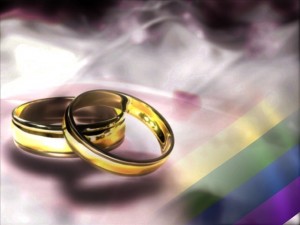 A federal judge has overturned Oklahoma's ban on same-sex marriage, saying it violates the U.S. Constitution. The decision has been welcomed by the supporters of the same-sex weddings. Even if the decision is the victory for gay marriage supporters but the same-sex couples will not be able to marry immediately in Oklahoma under the ruling. U.S. District Court Judge Terence Kern said the … END_OF_DOCUMENT_TOKEN_TO_BE_REPLACED