You are here: Home / Archives for ocean heat in Antarctica 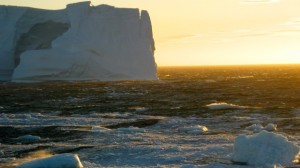 Scientists at McGill University have discovered another effect of climate change, saying that heat from the depths of the ocean is being trapped under the Antarctic ice sheets. The researchers in Antarctica have found an open body of water in the 1970s, which was just like the size of New Zealand, within an ice pack in the Southern Ocean's Weddell Sea. Before the study, the researchers … END_OF_DOCUMENT_TOKEN_TO_BE_REPLACED