You are here: Home / Archives for nuclear bomb 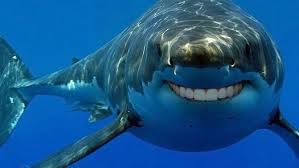 According to a new study the great white shark are found to have life as long as humans, 70 years or more, contradicting the researchers previous observations. Previously the lifespan of the white giants was thought to be about 23 years. The species are found to be actually more prone to over fishing, being that they take much time to mature. "White sharks in the northwest Atlantic are … END_OF_DOCUMENT_TOKEN_TO_BE_REPLACED