You are here: Home / Archives for Nokia Normandy 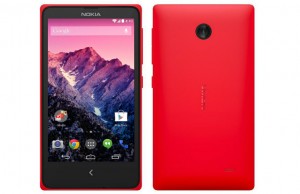 Nokia is coming up with a new Android phone in the next few weeks. This is in spite of the fact that Microsoft is in the process of taking over Nokia in the next few days. The effect of this change of guard with the new phone also being unveiled is that the phone in all probability would not be Google based. It rather has possibility of being based on Nokia services and Microsoft apps. MWC is … END_OF_DOCUMENT_TOKEN_TO_BE_REPLACED