You are here: Home / Archives for new planet discovered 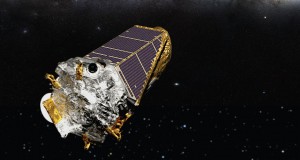 NASA’s Kepler telescope has spotted a new alien planet, the first one since 2013, when it suffered serious malfunctions and could not function properly. The recently discovered planet was named HIP 116454b and scientists called it a “super Earth” because it’s 2.5 times bigger and 12 times more massive than Earth. The planet is 180 light-years away from our planet, in the Pisces constellation. The … END_OF_DOCUMENT_TOKEN_TO_BE_REPLACED