You are here: Home / Archives for natural disaster 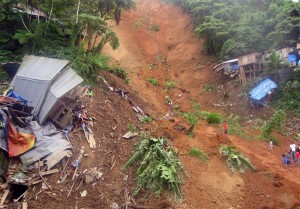 Over 300 hundred people are missing after a terrible landslide in Sri Lanka. Ten bodies have already been found and the search continues, Disaster Management Centre spokesman Sarath Kumara told the BBC. The event took place at 7:30 local time in Haldummulla village, Badulla district, 130 miles east of the capital Colombo. Around 140 houses have been trapped under the massive landslide which was … END_OF_DOCUMENT_TOKEN_TO_BE_REPLACED