You are here: Home / Archives for National Science Foundation

One of the biggest baby booms in North American history didn't occur anytime recently. Instead, it occurred within Native American populations between 500 and 1300 AD. Now, scientists have taken a closer look at this massive baby boom as they learn a bit more about what kind of events led up to the boom and then caused population numbers to rapidly decline. The researchers looked at a century's … END_OF_DOCUMENT_TOKEN_TO_BE_REPLACED 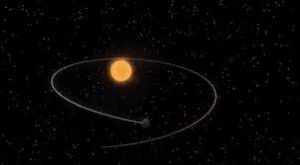