You are here: Home / Archives for MLS 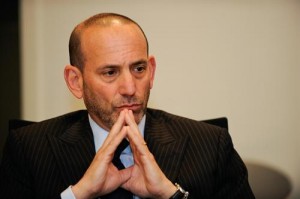 In a big disappointment for the soccer fans, Major League Soccer (MLS) Commissioner Don Garber has been diagnosed with prostate cancer and is undergoing treatment for the same. 56-year-old Garber has undergone a series of comprehensive tests at Sloan Kettering Memorial Hospital in New York. According to the sources, he will also undergo surgery at Mt. Sinai Hospital. In a statement released … END_OF_DOCUMENT_TOKEN_TO_BE_REPLACED