You are here: Home / Archives for missed call method 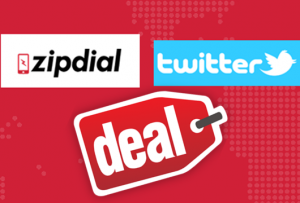 Twitter has just announced that it made its first Indian acquisition: Twitter buys ZipDial, a Bangalore start-up company and by doing so it is going to reach millions of people in one of the world’s fastest growing mobile phone markets. Twitter buys ZipDial, a mobile marketing company from Bangalore, for an estimated $30-$40 million. The company uses callback workarounds and SMS to help people … END_OF_DOCUMENT_TOKEN_TO_BE_REPLACED