You are here: Home / Archives for methamphetamine 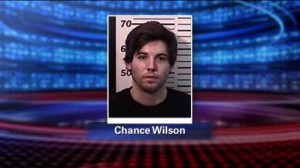 PARK CITY — A Summit County man was arrested for possession of three different kinds of drugs after colliding with two vehicles and attempting to flee early Sunday, Park City police said. Witnesses describe seeing a man in a white Audi sedan drive off after crashing with a taxi. Police began hunting the vehicle about 2 a.m. when they received several 911 calls. Park City Police Capt. Phil … END_OF_DOCUMENT_TOKEN_TO_BE_REPLACED

Two people who were arrested by West Valley Police officers have filed a civil complaint against them for violating the couple’s civil rights. The criminal case against them is already dismissed in April. On Oct. 26, 2012, Members of the disbanded Neighborhood Narcotics Unit rushed into Terry and Brandy Christiansen’s house, and, according to records, Terry tried to flush methamphetamine down … END_OF_DOCUMENT_TOKEN_TO_BE_REPLACED